There was a large turnout for our local Climate Strike. See photos of the many international strikes. Our march gathered at city hall. Led by high school and college students, and followed by everyone else, we marched several blocks to an open area in the center of town. 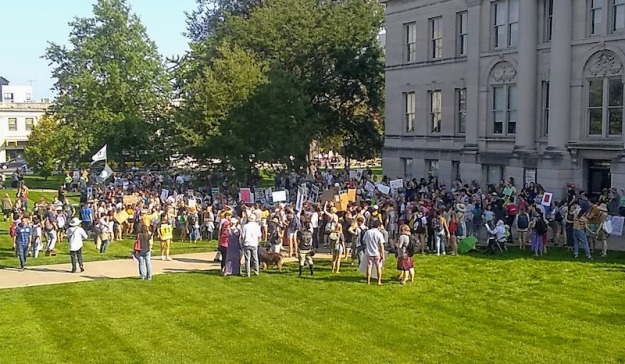 We were joined by our local group of activists 100 Grannies. They can always be counted on for support of good causes.

The strike started off with a few minutes of silence out of respect for those who are suffering because of climate change. In particular, the residents of the Gulf coast were noted for the recent very heavy rains from storm Imelda. Speakers followed who urged us all to be active, vote for the best candidates, and demand current officials to take action to protect Earth.