In the late 1800s, Lieutenant Joseph P. O’Neil headed a group that explored possible routes across the Olympic mountains, in northwest Washington state. One route brought the men to the headwaters of Lake Cushman. The plan was to go upriver along the North Fork of the Skokomish River, cross the mountains, and travel downriver along the Quinault River to the Pacific Ocean. It proved very difficult. The terrain was steep and heavily forested. Pack mules had a difficult time walking in the steepest parts. A solution involved cutting small trees across the trail, filling the spaces between logs with mud and debris. The effect created a sort of staircase up the slopes that the mules could use. That area today has the name Staircase and has camping and trails into the surrounding region. We visited and enjoyed a day of hiking. 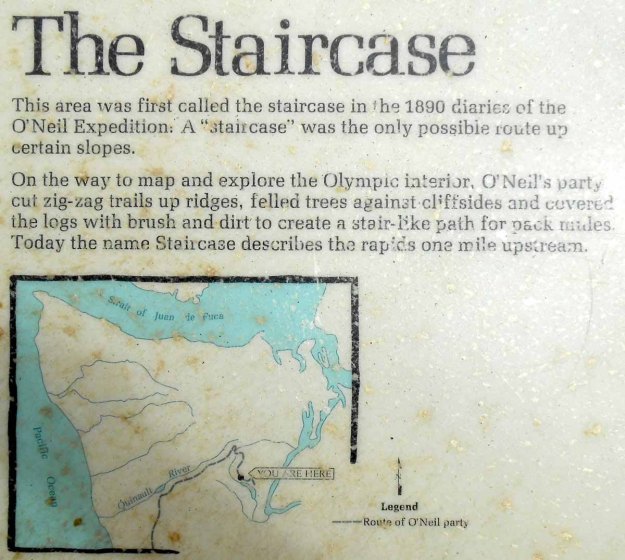 The road to Staircase along the shore of Lake Cushman gave us some nice views. 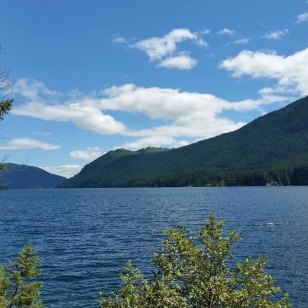 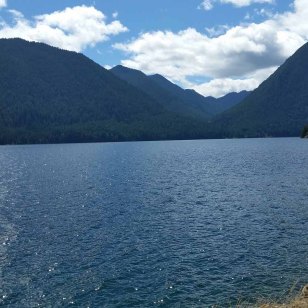 The first trail we hiked at Staircase took us upstream along the North Fork Skokomish River. 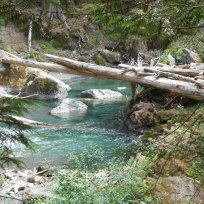 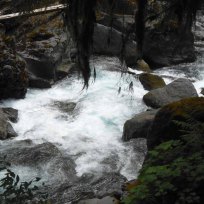 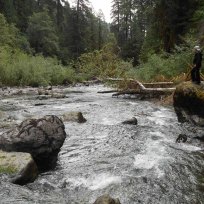 We reached a quiet place along the river and were able to climb out onto some rocks to watch the river go by at our feet.

We checked up and down stream for signs of wildlife or other hikers. No large animals were seen except for a few humans on the trail. We enjoyed the big rocks along the trail. 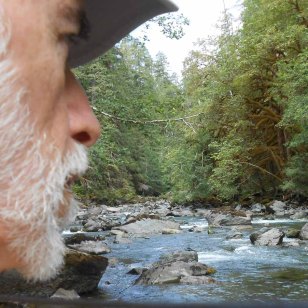 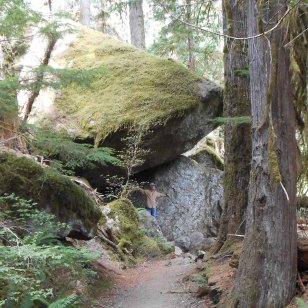 Upstream was a bridge that allowed safe passage to the other side of the river. From there we hiked back to the ranger station and enjoyed the greenery and scenic views along the way. 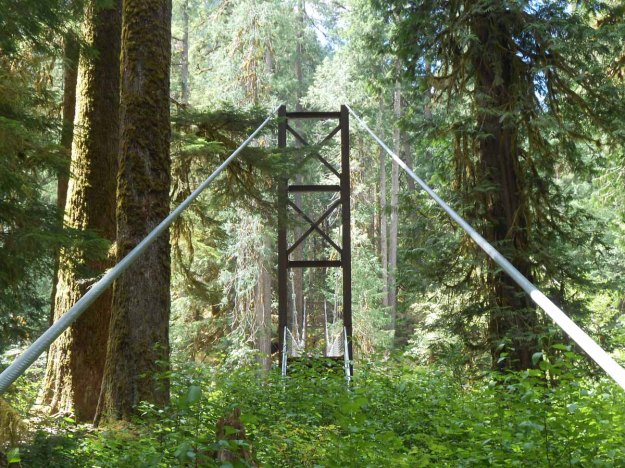 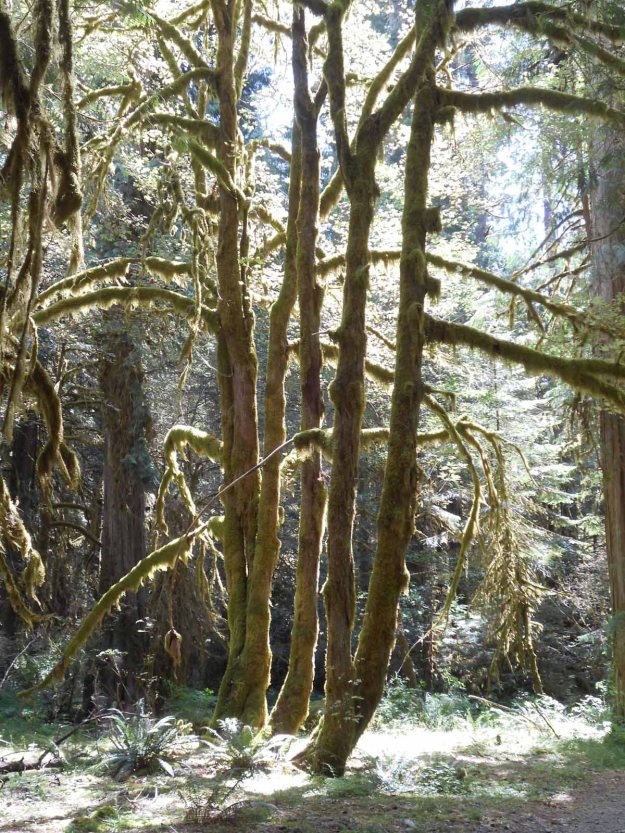 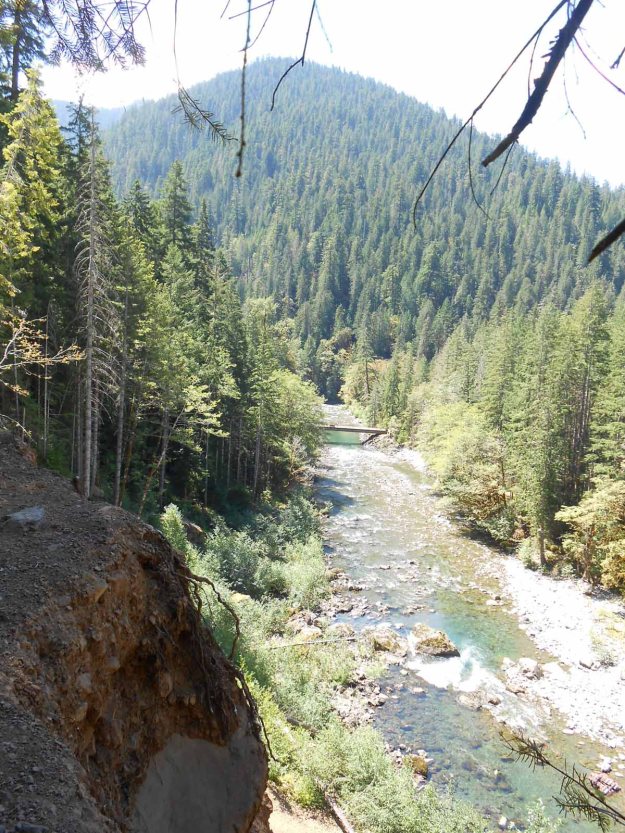 Jim considered a climb. It turned out not to be a good idea without safety gear. Melanie wasn’t willing to carry his broken body out if he fell. 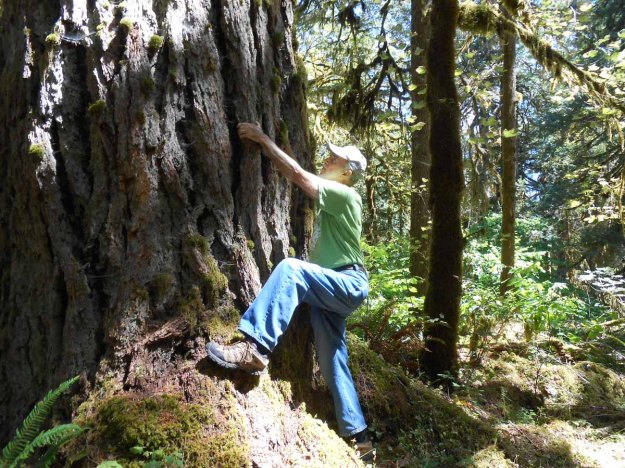 This Ruffed Grouse on a fallen log was the largest non-human animal we found. It blended in well with the colors and patterns behind it. 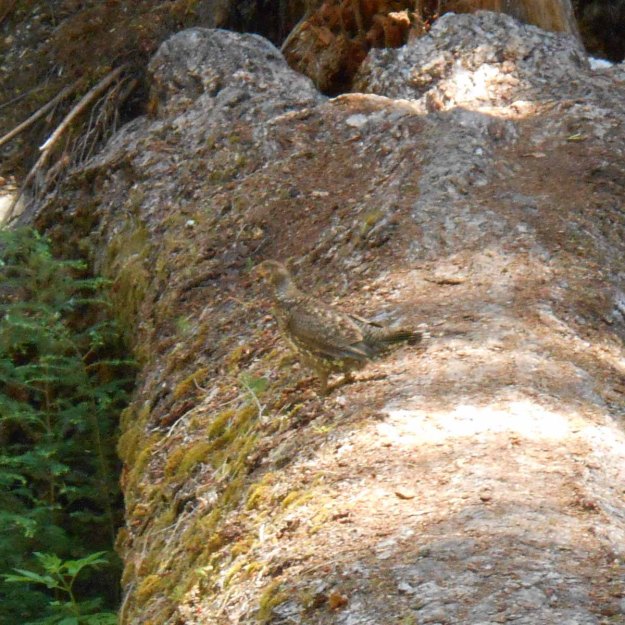 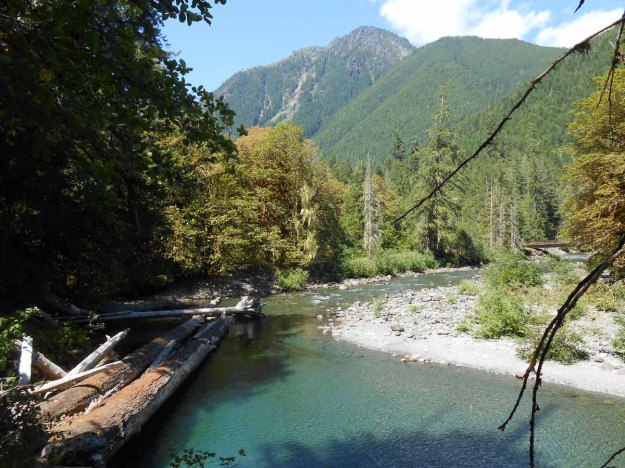 The Olympic Peninsula is now on our list of favorite places to hike. We’ll look forward to going back again.

8 thoughts on “Staircase of the Olympic Mountains”