We visited the Portland Oregon Art Museum on 22 July 2018. Their featured exhibit until mid-September is called The Shape of Speed. The exhibit featured rare streamlined automobiles and motorcycles from 1930–1942 that looked like they were moving fast even while at rest. Some of the vehicles are highlighted below starting with a BMW, R7 Concept Motorcycle from 1934. It was in a German show in 1934, crated up, then lost until 2005. BMW craftsmen restored it. Click any image in this post for larger more detailed views.

The designs of the cars were gorgeous. The shapes were streamlined giving the impression of speed and motion. This Stout Scarab from 1936 had seats could be reconfigured, a folding table, and a small couch. The modern minivan has roots in this car. 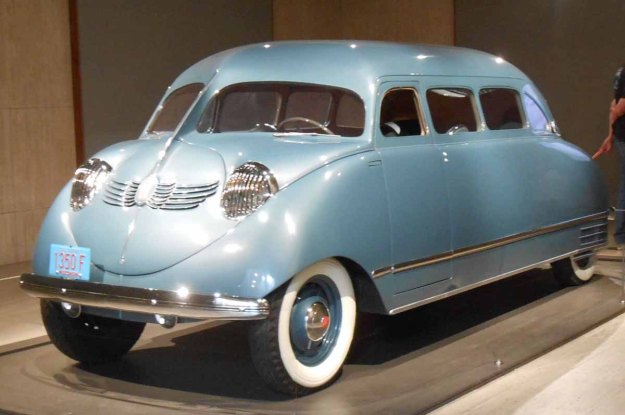 Just inside the front door of the museum was this Graham ‘Sharknose’ Coupe. It gave a strong impression to the visitors. 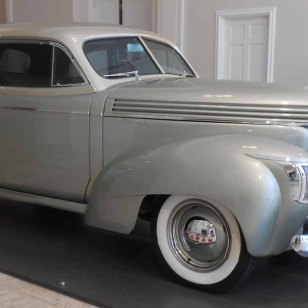 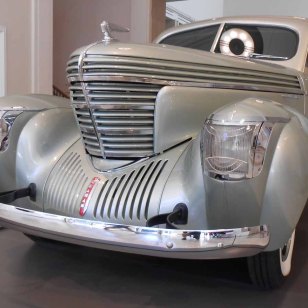 Several others were placed around the main floor of the museum. I would be happy to drive any of them around town. 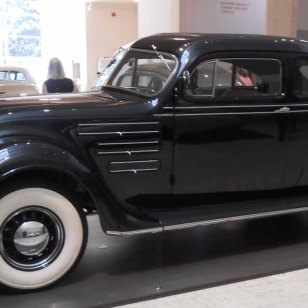 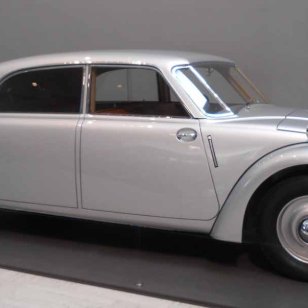 The last one and my favorite is this green Lincoln-Zephyr coupe with a V-12 engine. Conceived by Edsel Ford, the design was introduced for the 1936 model year. 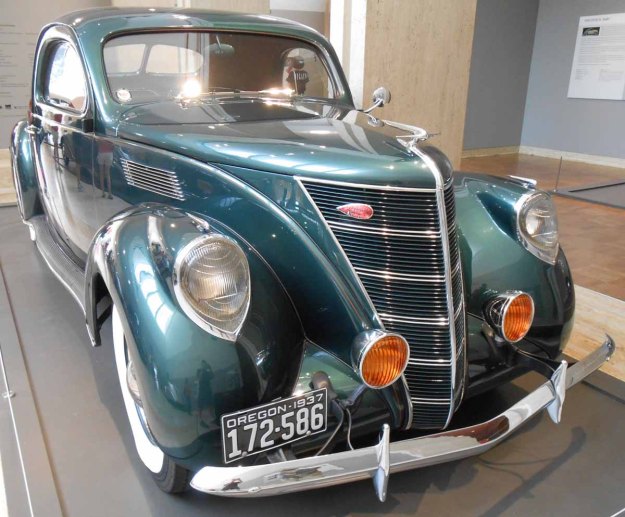 12 thoughts on “The Shape of Speed”