My daughters and I visited teacher friends on July 2, 1979. They had sparklers in preparation for the July 4th celebrations. Of course, the girls wanted to play with them. It seemed like a good opportunity for a picture. It was getting dark as evening neared.The camera needed a longer shutter speed of a half second or more. The pictures turned out much better than I expected. Sparks flew and burst into small branches before dying out. We had fun. 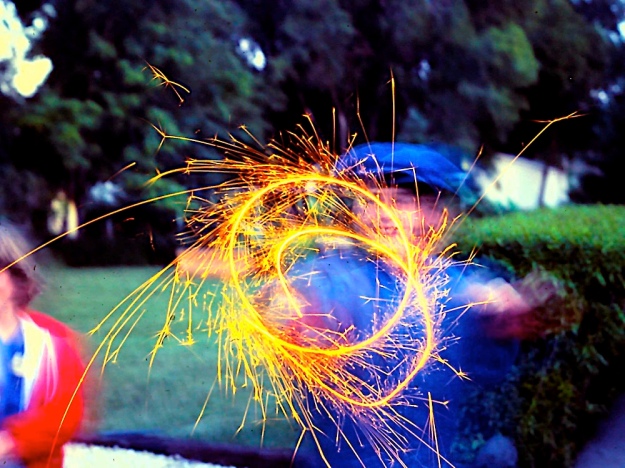 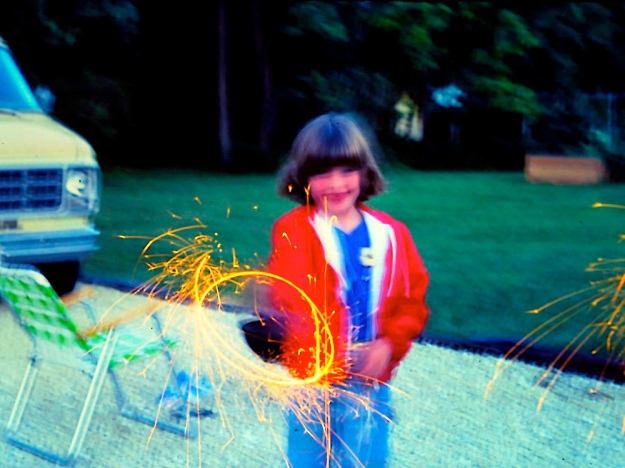 In 1985, the Chicago Tribune Magazine ran a photo contest. Readers were invited to submit photographs with the theme ‘Lines‘. These two pictures from six years before seemed to fit the theme. I submitted the top photograph. A few weeks later I received a big envelope in the mail from the Tribune containing a check for $250 and a framed certificate. I won second prize.

Today, both beautiful daughters have wonderful children of their own. Some are the same ages as in these photographs. Much has changed in all three of our lives. Important things have also remained the same. When they look back to see the lines connecting their pasts to the present, I hope they see many lines full of happiness.

13 thoughts on “Lines | From Past to Future”