We were in Cuba for five days of visits with people and for sight-seeing. Each day required up to 8 hours of supervised travel as a group. Some time was free and we could take a taxi and travel around the city freely. Four of the days were in Havana. The fifth day was spent about 2.5 hours west of Havana in a rural area called Vinales Valley. It is a UNESCO heritage site including a broad fertile valley and limestone mountains to the north shown in this map view. (We’ll show you pictures of that visit in another post.)

The evening before departing for Havana, our entire group gathered in a hotel near the Miami airport. The meeting was led by a representative of Chambers Explorations in order to distribute the necessary documents, fill them out properly, and enter the country with no problems or issues. We gathered our passports, visas, and declarations sheet with all the correct check boxes marked. We received instructions about money exchanges. We were told what to expect in the Miami and Havana airports. Above all, we were told to be flexible and expect things to be complicated. That was good advice. The next morning, processing through security went as expected. We boarded the Boeing 737 for our short flight of barely more than an hour to Havana.

Upon arrival, our plane taxied past a terminal that looked relatively modern. We wondered why we didn’t pull up to it. Instead, the plane parked on the tarmac out in the open near an old and small terminal building. A set of stairs was driven to the plane so passengers could exit.

Citizens of other countries are allowed to travel more freely to and from Cuba. Their planes use the more modern terminal. Travel restrictions from the U.S. require that we use the smaller, separate terminal.

Eventually, a bus arrived to take some passengers to the terminal so they could pass through security and be scanned, have travel documents examined, and be photographed.

I stood in the center of the terminal building in order to photograph toward each end. You can see that it isn’t large. In the center of the second photo are two blue monitors showing flight information. I counted about ten flights total for the day to and from the U.S. and a few other locations near Cuba. 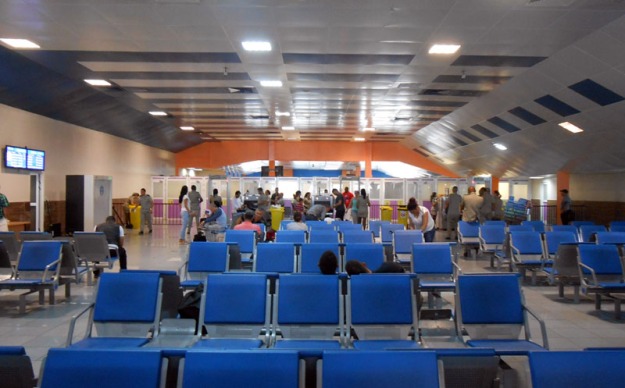 We claimed our baggage and loaded on the tour bus we would use for the rest of our visit. It was a modern, air-conditioned bus made in China. We traveled in comfort. Soon we were on our way to our first stop.

As the bus traveled from the airport to our first stop, our tour guide described some of the sites surrounding us. On one side, away from the highway, ugly apartment buildings rose up in groups. They looked damaged and abandoned, but we were told they are used. They were built after the revolution with help from the Soviet Union. This was our first introduction to Cuba’s architecture.

On the way from the airport to Havana, our bus stopped at the curb in a neighborhood that didn’t seem unusual an any way. We got off and were led into a the back part of a building where we found a performance stage and several young people ready to dance and sing. The music was a mix of Afro-Cuban and Spanish culture full of strong rhythm, percussion, and dance.

Habana Compas, founded in 2004, is directed by choreographer and dancer Liliet Rivera Bridges. The traveling troupe consists of 12-15 members. The touring members of this dance company have performed internationally to much acclaim. This venue we visited is a training school for some younger members sharpening their talents. The young women and men are teachers and students in the dance school, which runs without government support. There are about 300 who attend the school.

Here is a short video clip to give a sense of the power and skill of the troupe. Three more are here and here and here.

Outside of the music venue we got a good look at the neighborhood street scene. It looked a lot like any other city street at mid-day. Except there were more old cars mixed in with newer ones. People were going about their business and looking for lunch. That seems to be the case in the second photo below.

Some call José Fuster the Picasso of the Caribbean. Our bus took us to the town of Jaimanitas near the coast where Fuster lives and works. For more than 30 years, he has decorated walls, homes, fences, tables, chairs, and anything else with an exposed surface. Most of his works are colored ceramic pieces. He also does sculpture and painting. This link provides a video and description of his story. It is a beautiful and fun place to explore. Fuster was not available. His son showed us around and invited us to explore the building.

There was a photo opportunity at every turn. We have many pictures of the neighborhood. Here are a few for your enjoyment. 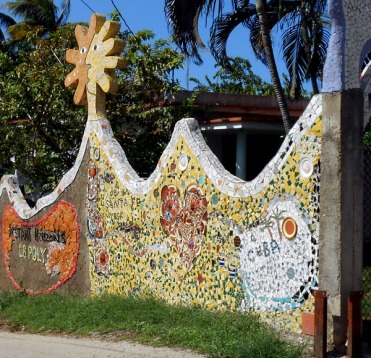 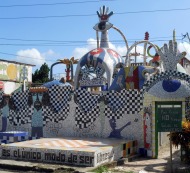 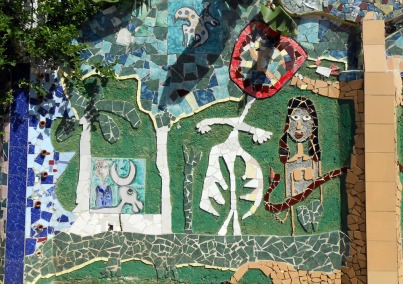 It was mid-afternoon when we arrived at our hotel, the Meliá Habana. Meliá is a Spanish hotel chain. In Cuba, they own a large number of properties. However, when we asked our guide who owned the hotel, we were told the Cuban government owns 51% and Meliá owns 49% of each.

It was considered a 5-star hotel. By U.S. standards, it might be closer to a 3-4 star. It was clean and had all the amenities one would expect. Our room was on the sixth floor with an ocean view toward the east and downtown Havana. We were headed there the next day.

Dinner that evening was in one of many wonderful restaurants we visited. Some are government-owned and others are privately-owned. Over the last few years private ownership and entrepreneurship have expanded, allowing more opportunity to make money outside of government employment. We’ll address some of those issues another time.

Links to posts of parts 1 through 6 are found here