The cool Iowa morning drew me outside to enjoy my cup of coffee. Two Blue Jays were busy calling to each other as they patrolled the backyards. The air was heavy with moisture. Soybeans and corn grew tall.

I reached for my cup and noticed some movement out the corner of my eye. It was an ant, only ⅛” long, moving up a black metal rod. It’s antennae were feeling the way ahead of it. They were keeping it on some sort of invisible trail. 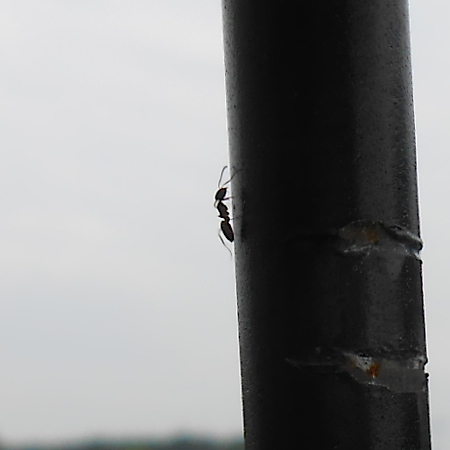 It went up and over the arch and down the other side. It carefully negotiated the wire hanger and went down the side of the bottle of sugar water of the hummingbird feeder. Each ant followed the same path to within about 1/2″. The invisible trail guided them well. Returning ants rounded the top of the arch and got to the rail of the deck where they moved along the edge to the left. They disappeared over the side and headed down to the ground somewhere. Two tiny bodies are visible about halfway up the post in this picture. 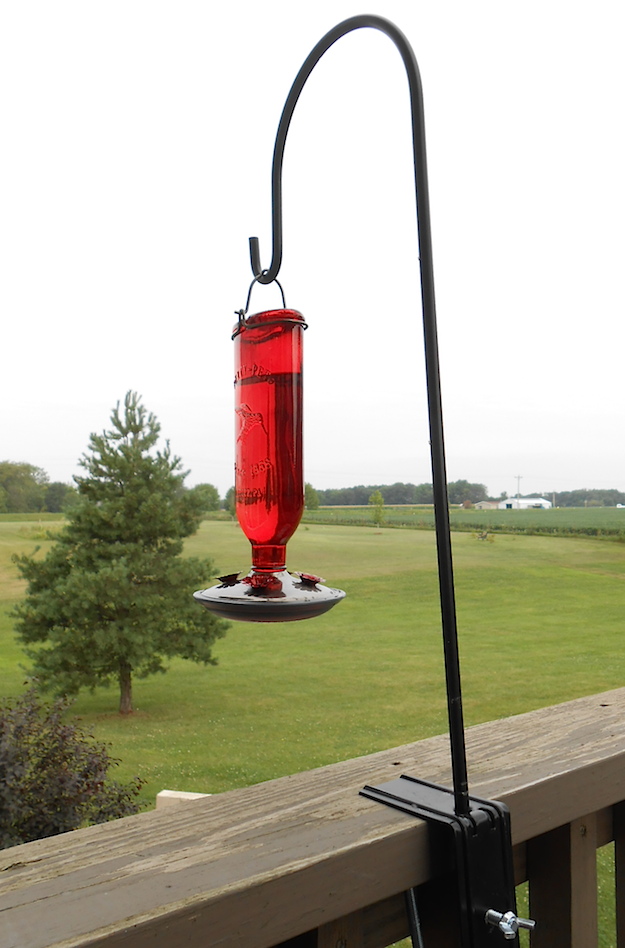 The prize at the end of the trail.

Close inspection showed several ants gathered around some pools of sugar water. Their mouths were touching the water. Each ant showed no movement for several minutes. They seemed to be drinking their fill of the sweetness. I watched several back away from the sugar water and begin their trek in the reverse direction along the trail.

I wondered if I could tell whether their abdomens were any larger because of drinking sugar water for several minutes. Positioning the camera and setting it for macro closeup, I patiently waited for one to come down so I could get a nice view in silhouette. Several attempts failed. They moved too fast. Then, success. To my amazement, their little bellies were so distended they were translucent. Light shined through them. What a fun nature lesson this morning. 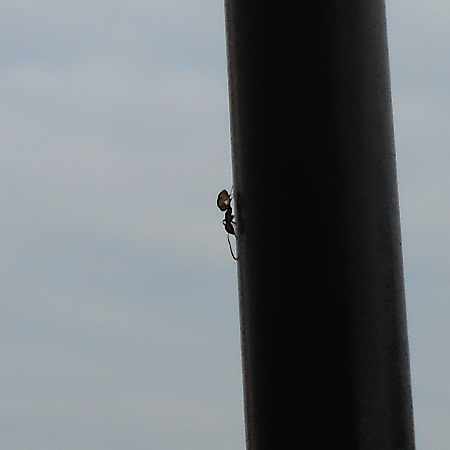 23 thoughts on “Ants | Following The Trail To Food”