This is the last of the Tiny Flowers posts. Check the recent posts at the right for links to the earlier ones. The term ‘flowers’ is actually not correct this time. What I found in hunting for 1/4″ flowers was a berry of that size. It deserved to be in the spotlight with its translucent orange skin.

Tatarian Honeysuckle (Lonicera tatarica) is a shrub found in most of Canada and the U.S. except for the south eastern states. It is not native according to the USDA. The plant is native to eastern Asia and was first introduced into North America as an ornamental in 1752. It is classified as noxious and invasive in several regions.

My two photos were taken from about 2″ away using the super-macro setting with no flash. 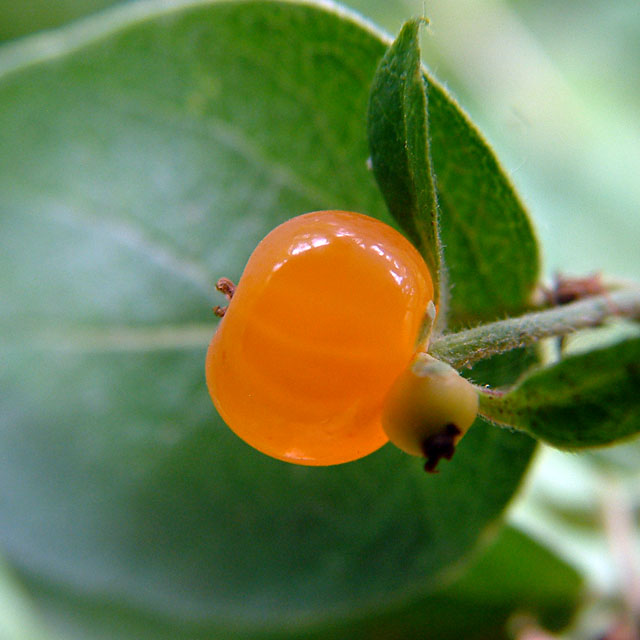 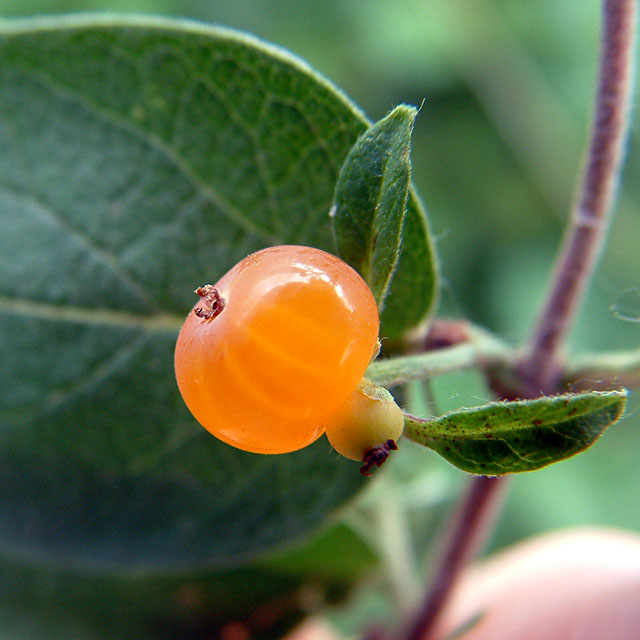 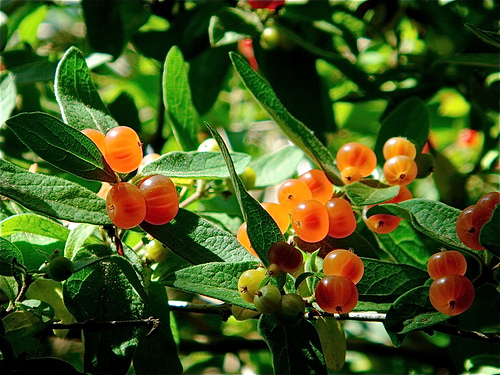