Last month we enjoyed a number of outings in our own backyard. In mid-May we headed southeast to Port Louisa National Wildlife Refuge. As the U.S. Fish & WIldlife Service says:

Port Louisa was established for the protection of migratory birds. It is located along the Mississippi River Flyway, one of the major routes for migrating waterfowl. Key goals of the refuge are to conserve and enhance the quality and diversity of fish and wildlife and their habitats; and to restore floodplain functions in the river corridor.

The refuge area includes ground stretching from above the Mississippi River bluff, down to the river itself. A levee within the park helps control flooding and provides a flat walking path for birders and others.

In fact the day we went, the river level was high and we weren’t able to explore very far. We did enjoy exhibits in a visitor center at the south end of the refuge. On the grounds are Native American burial mounds. According to the State Historical Society of Iowa,

The conical mounds were constructed between 100 BC and AD 200 by a local Hopewell group. At one time, there may have been as many as twelve mounds, but subsequent settlement and excavation have reduced that number to the present seven. As of yet, no village site near the Toolesboro mounds has been located, and this is attributed to the shifting path of the Iowa River which has obliterated possible village sites on the flood plain over the last 2000 years.

Here are the two mounds on the grounds of the visitor center: 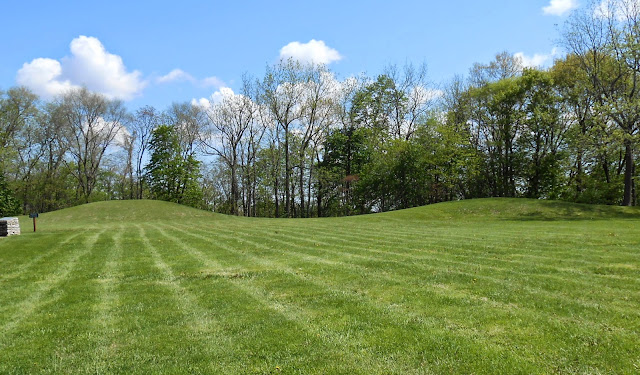 The mounds are considered sacred ground. Visitors are asked to stay off of them.

We backtracked north to an overlook with a view of the Mississippi River, and across the river to Illinois. A trail wove its way down to the water’s edge. The woods were damp and dimly lit. The undergrowth was varied, and birds called to us from all around. 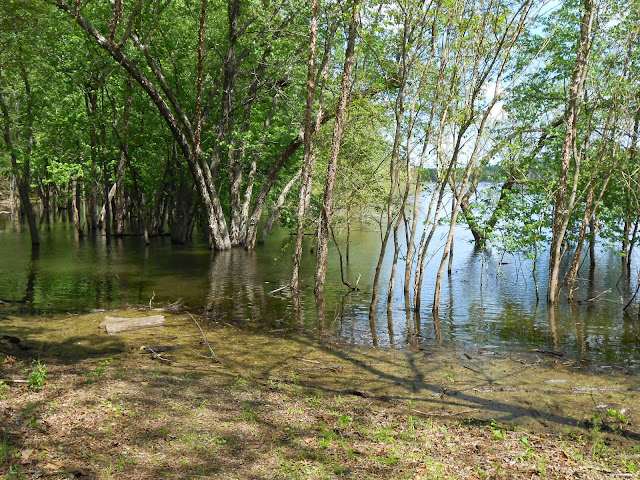 The trail continued but we could not.

Jim found a big tree. The photo doesn’t show the size well, but we estimated it at about six feet across. 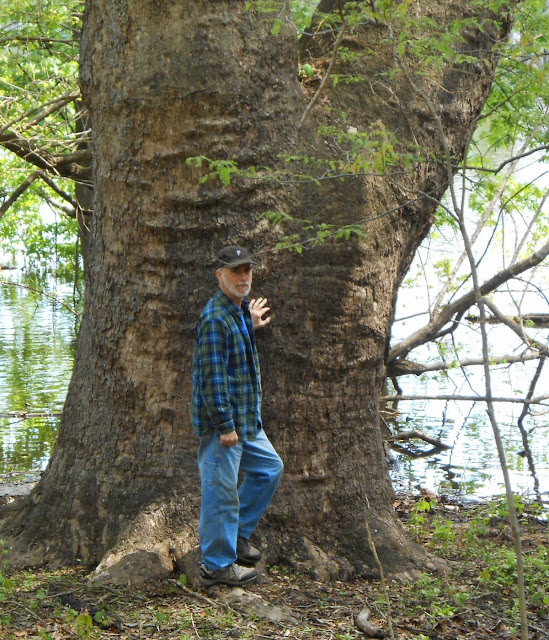 Back up on the overlook platform we had a picnic lunch. The trees and surrounding underbrush provide shelter for many varieties of birds. We enjoyed seeing American Redstarts, Eastern Phoebes, Yellow Warblers, and Magnolia Warblers.

After lunch we stopped at the confluence of the Iowa and Cedar Rivers. The Cedar feeds the Iowa, which in turn spills into the Mississippi. Just south of the small town of Columbus Junction is a small park called Chinkapin Bluffs. It is a county park with a picnic shelter, playground, and restrooms, as well as a couple of trail loops. One descends to the Hoover Trail.

Along the trail was an abundance of wild flowers. Jim took these three lovely photos. 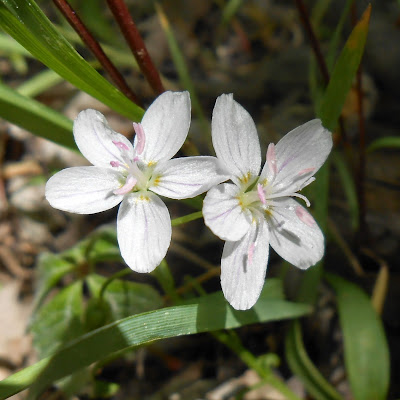 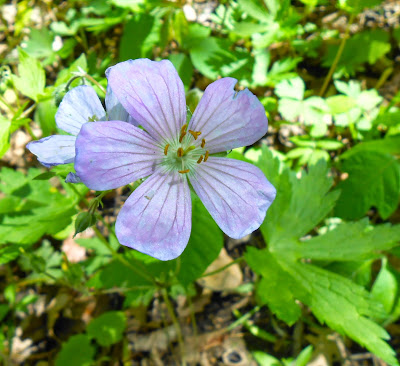 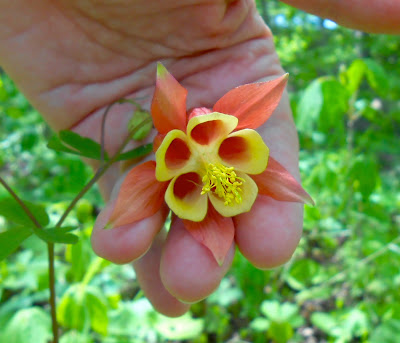 When Jim looked into the Hoover Trail, he found this photo. Apparently we were walking on the One-Armed Strangler Way! 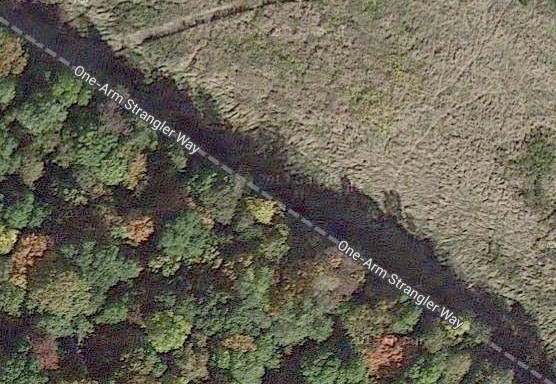 Though the Mississippi River flooding kept us from our original plan, we had a great outing at Port Louisa and at Chinkapin Bluffs Park, and we surely will go back.