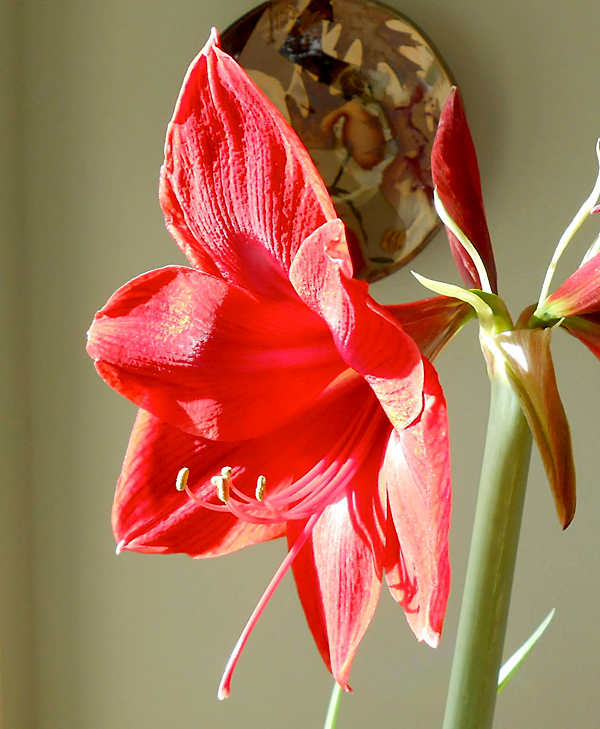 In mid-December, our daughter gave us a present with a large plant bulb inside, growing pot and medium. It was soon planted and watered, ready to grow. Two weeks later this 5″ wide bloom greeted us. 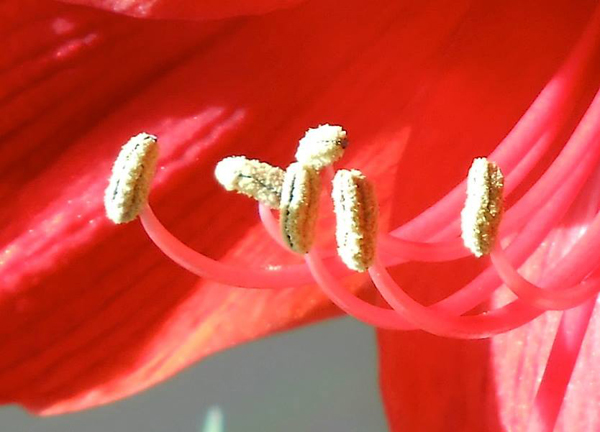 The stamens were laden with pollen. 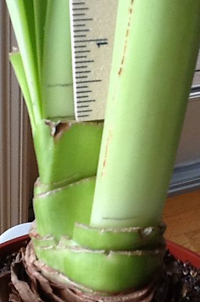 It grew so fast! In two weeks, the flower stalk had grown nearly two feet. The ruler shows 0.5″ of leaf growth in a day. 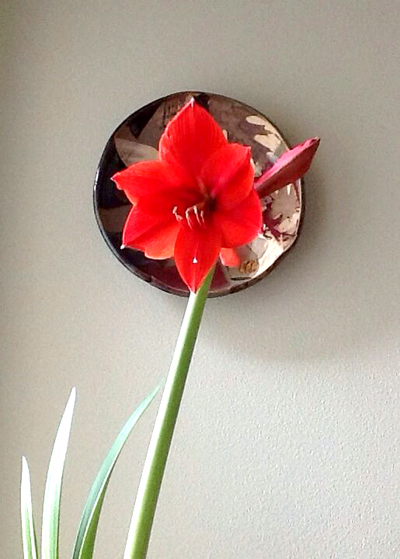 Three buds were emerging behind this first bloom. A favorite piece of wall art framed them perfectly. 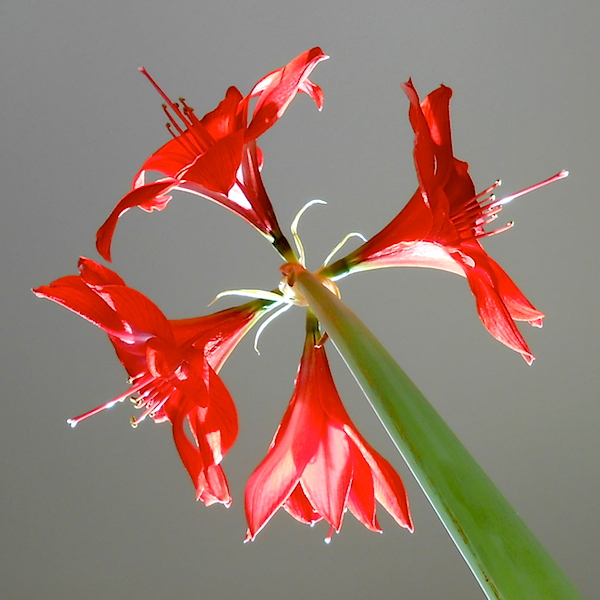 It has been about a week since the first bloom. Today, I placed the camera on the counter facing upward, set the self-timer, and captured the four from an unusual direction. Thank you, dear daughter. This has been fun.

This very popular holiday plant is one of the most widely grown bulbous plants in the world. While it is often forced to bloom in the shortest, darkest days of winter in temperate zones, it is a popular landscape plant in subtropical zones. Northern gardeners sometimes even treat it as a summer flowering bulb that is planted after the last frost in spring. More from the US National Arboretum web site.

11 thoughts on “Hippeastrum | A Scarlet Baby In Our House”