This was our view from the room at the B&B in Wilson, Wyoming, near Jackson. What a contrast to the hills and farmland of Iowa we left a few days before. In the distance are the mountains of Grand Teton National Park. 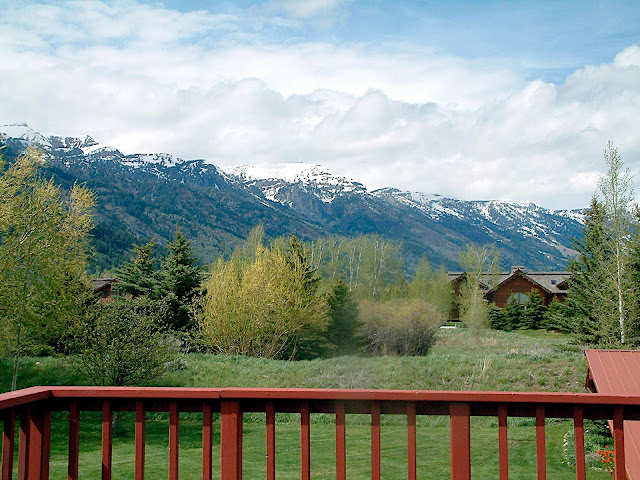 In this Google Earth view, the highest peak of Grand Teton is at the top marked by a small green symbol. We drove a back road near the base of the foothills suggested by our hosts which took us past relatively unvisited sites on our way toward the town of Moose. 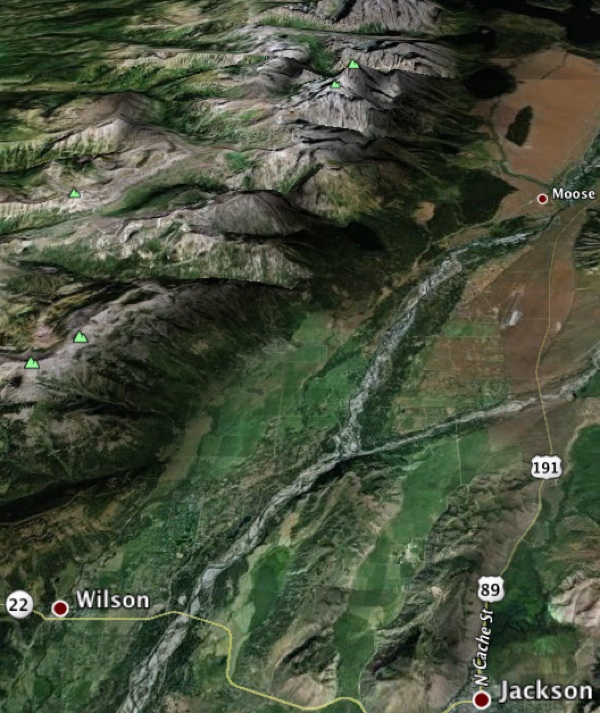 Near Moose, the road curved northwest toward Taggart Lake. There, we would park and walk toward the lake. The hike was to take us to the lake shore at the base of the highest of the Tetons. 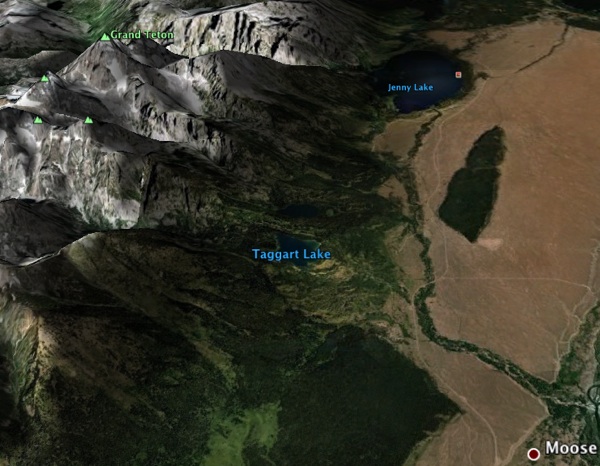 We parked the car in the lot in the lower right hand corner and proceeded along the trail toward the lake. The morning started out with light rain. Our hopes were dampened for seeing the mountains at all. The peaks were hidden when we started out. Maybe it would stop raining. The day before brought cleared sky by mid-day. We hoped for that again. 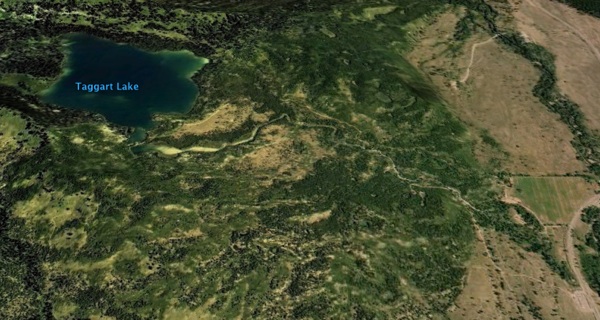 We were in luck. The rain stopped. The sky started to brighten and revealed some patches of blue. After an hour of walking, we were feeling really good about how it was going to turn out once we reached the shore of Taggart Lake. Grand Teton is still shrouded at the top left of this next image.

The following photographs are from our perspective along the trail. The quotes are selected from The Ways Of Walking by Michael Garafalo. 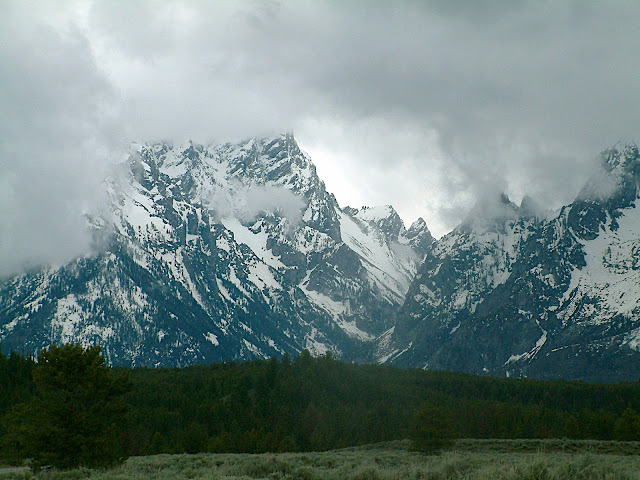 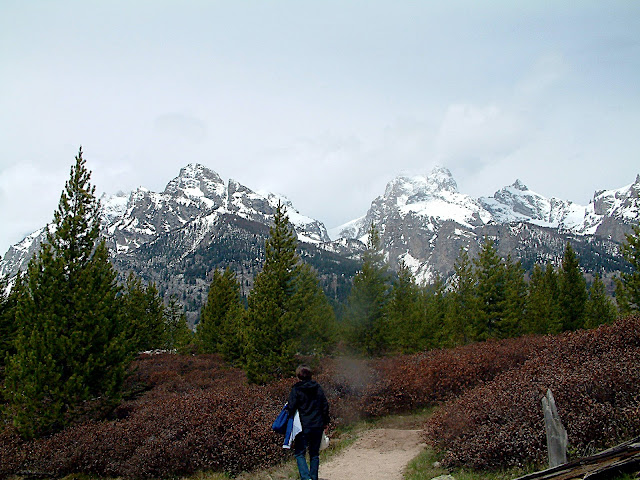 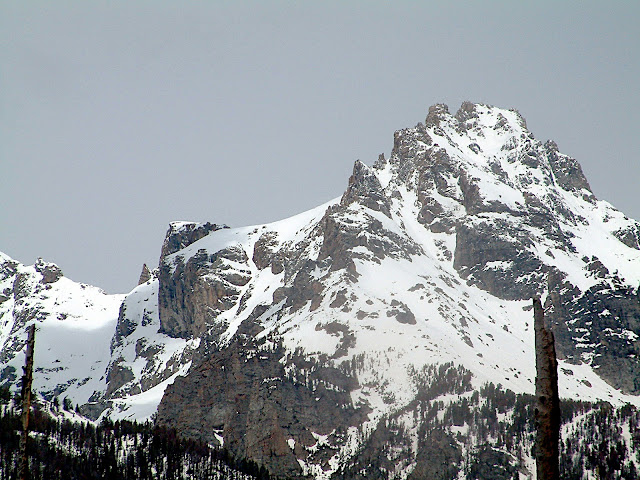 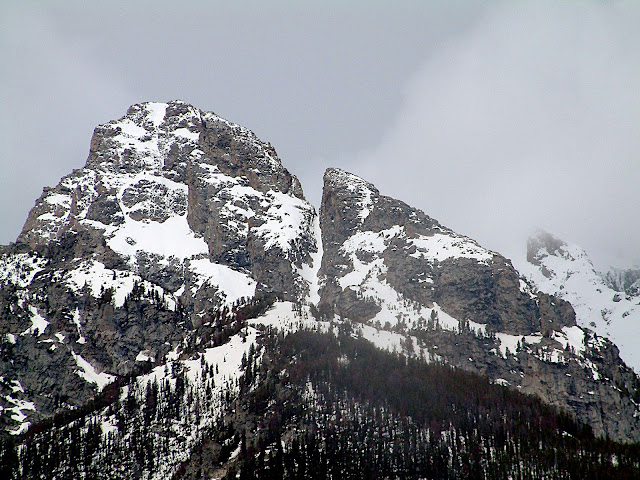 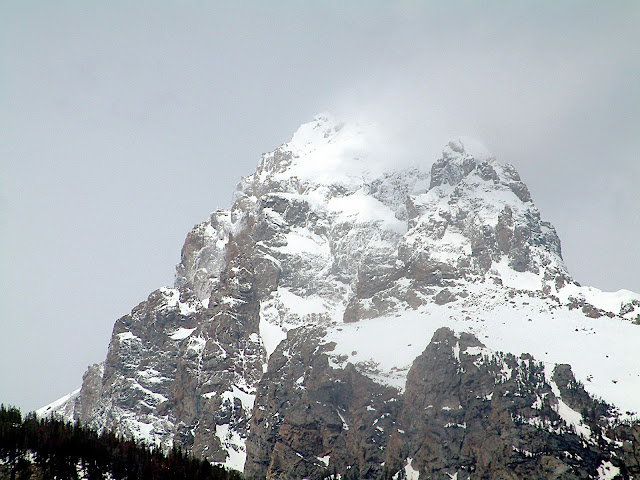 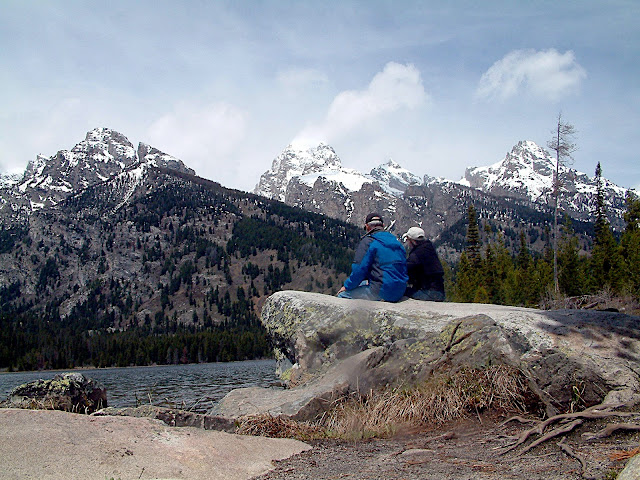 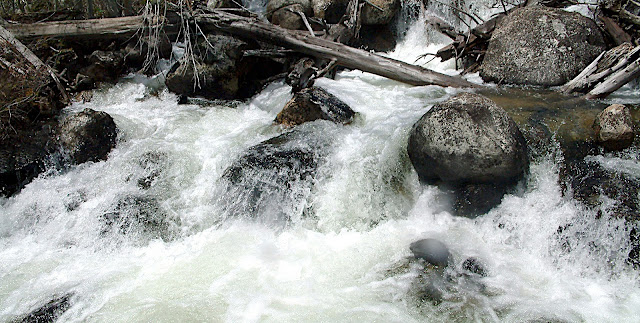