Our grand-daughter stayed over night. She is nine. In the evening we watched the PBS show Nature called Earthflight Episode 4. It had a lot of footage about vultures and condors in South America. We decided to go see our local Turkey Vultures at their roost the next morning. They sit on the large rocks on the dam of our local reservoir. Just after sunrise, we got in the car and drove the few miles to see if they were stirring with the morning sun. Our timing was good. There were dozens waiting patiently on the rocks for the warm sun and thermals. 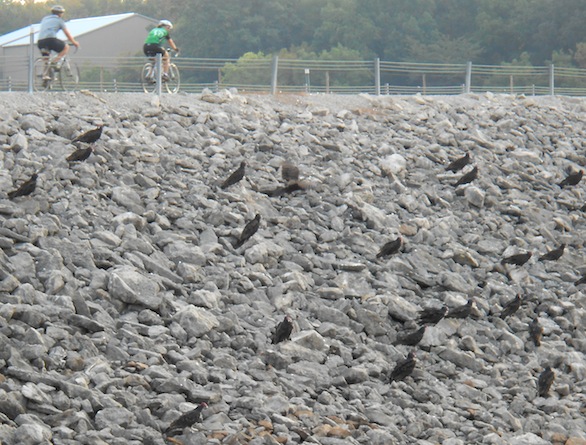 We moved the car a little farther up the road to get a different perspective on the flock. They didn’t seem to mind us being there. 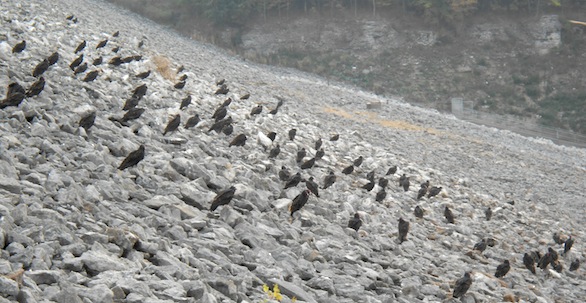 When we reached the spot where the bicycles were in the image above, I got out to try for some video. They were getting more restless and trying their wings. A gentle breeze came up the slope of the dam. They launched themselves into it and soared easily.

We saw many other Turkey Vultures on the other side of the dam, on the sand beach, and along a gravel roadway.

We turned around and headed away from the dam. Around the bend of the road were these deer. We had seen three earlier different from these. They seem a little slim and small this year. Maybe it is because of the two consecutive summers of heat and drought.

On our way back toward home, we stopped to hike along a short section of a favorite trail. It is maintained by the park district and passes through the wooded ravine between two housing developments. There are some huge old oak trees, the kind you see in some story books. 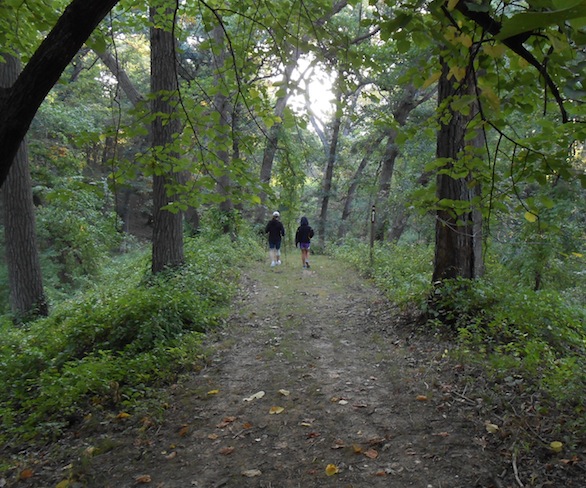 It was a pleasant walk with some good up and down parts. We saw another deer and these bright orange fungi. They were too far down in the ravine to get a better look. 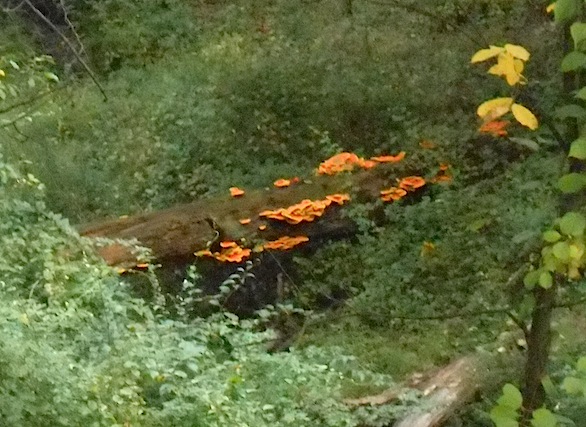 Milkweeds caught the eye of grand-daughter. They are so interesting to play with. The white blood is fascinating to a nine-year-old. 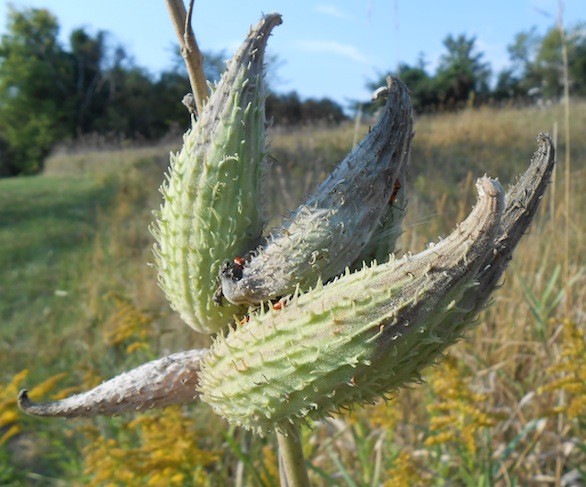 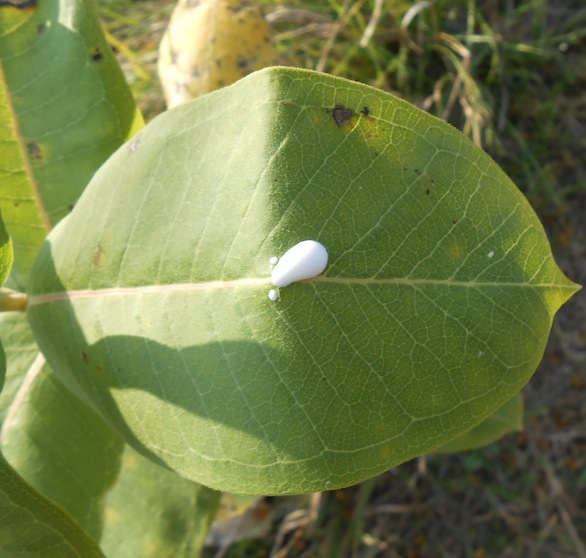 We went home and made some homemade pancakes and fried up bacon. She ate well. We played with the dulcimer, watched a twelve-year-old yodel on YouTube, and worked on a quilt top for her baby brother. It started to rain mid-day. We drove her the one hour home and stayed for a while before coming home ourselves. It was still raining. But there was a bright patch of sky low in the west. Could it be blue sky?

Soon after we got home and settled, I looked out the window. It was just a few minutes before sunset. The sun had come out in that bright patch of sky. I hurried to the east window. There was a glorious full rainbow as big as we had ever seen. We stood in wonder of it. What a nice ending to the day.

4 thoughts on “Out the Back Window | Vultures”