The World’s Columbian Exposition of 1893 in Chicago was the subject of a book my wife, Melanie, and I discussed. The exposition was in celebration of the 400th anniversary of the discovery of the Americas by Columbus. A centerpiece of the exposition was the huge Chicago Wheel 264 feet high, meant to rival the Eiffel Tower. I love science and technology. The idea of this giant wheel being the first Ferris wheel fascinated me. 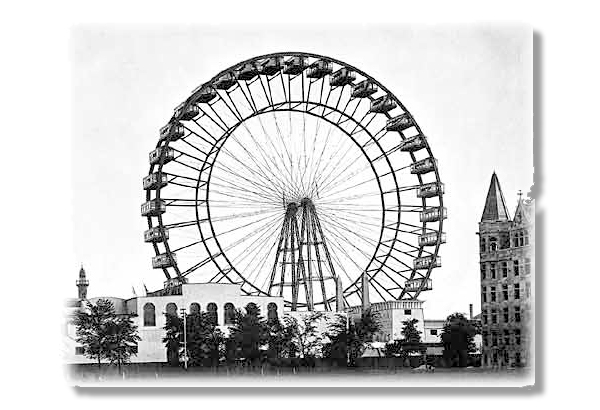 Rotating wheel rides have been around since the 17th century. They were known as ‘pleasure wheels’. George Washington Gale Ferris, Jr.  secured the patents for the larger metal concept which came to be known as Ferris wheels. Ferris was born in Galesburg, IL, in 1859. That is not far from where I grew up. The family moved to Nevada when he was six. He attended college at California Military Academy…