by Jim and Melanie in IA

“I get to live in an airport,” he said. “How cool is that?” With a few words he brushed off Jim’s sentimentality of a moment before, signaling it was time for us to leave. The message was clear: he’s an adult now. We weren’t leaving him at band camp, or at his first dorm room, for crying out loud!

Crying silently, tears filling her eyes, Melanie hugged him longer than he expected, and Jim did, too. And we left him at Vance Air Force Base in Enid, Oklahoma. 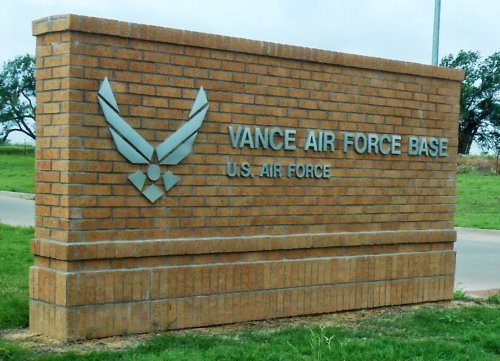 The journey to get there was long, much of it described here. Since his commissioning ceremony on Saturday, May 18, he had a few days to sort his possessions, collect his paperwork, and pack. We left for Enid on Monday, May 27, Memorial Day.

The midwest storms had already begun, and that morning we drove through rain and stiff winds for six hours. We were spared rain for the rest of the trip, but the wind never let off. With two cars and three drivers, each of us drove a large portion of the 600 miles. The directions were simple: take I-80 to I-35, and keep driving through Missouri, Kansas, and Oklahoma until you’re a few miles east of Enid. 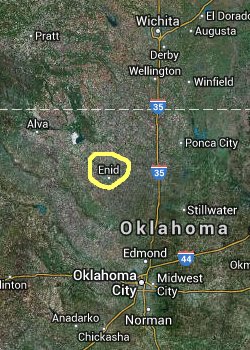 Once we reached base, we went to the visitors’ center for security clearance and passes. Closed for the holiday, the next option was the gatehouse. We handed the guard our driver licenses, car registration, and proof of insurance. He had us park and enter the guardhouse, where two other men worked at computers. “They’ll take care of you in here, Lieutenant,” the young man said, addressing Son by his officer’s rank for the first time.

Monday night we checked into a motel room at the Cherokee Lodge, while Son was assigned a “dorm room.” Like a miniature apartment, it consists of a large bedroom and a very small kitchen, a 2-sided closet in the hallway to the bathroom, and a small full bathroom. It’s enough, considering how busy he’ll be. 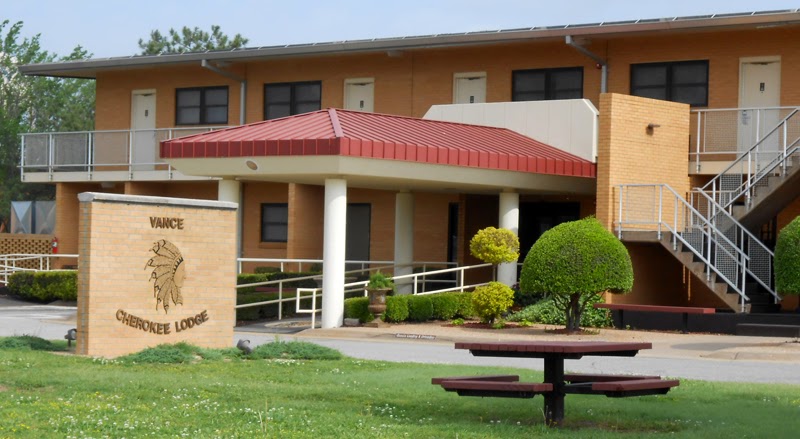 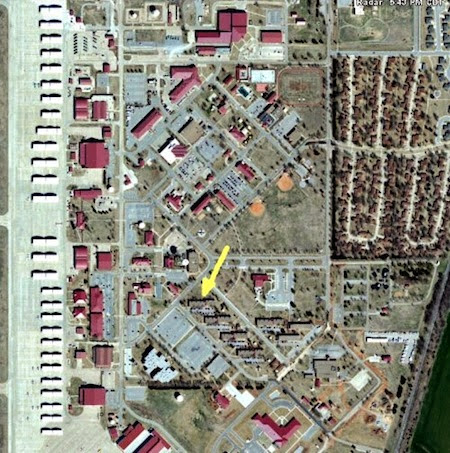 The yellow arrow points to his room, on the north side of the building. 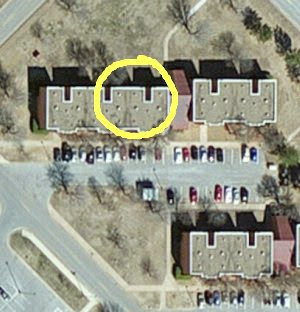 Here you can see his room circled. 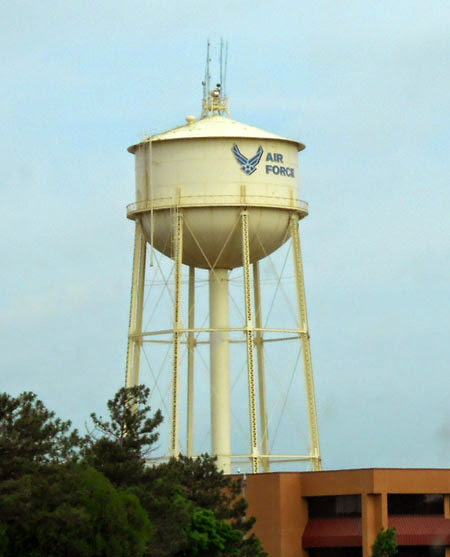 The view out his window.

The next morning Son reported for duty after breakfast. While he began his paperwork and long list of tasks, we had some time to explore. According to the Vance Air Force Base site,

Base housing includes more than 240 family homes, more than 300 “unaccompanied” housing units, and visitor and temporary lodging. Besides that, there is an elementary school, day care, and a teen center, an arts and craft building, the commissary and exchange, to help make residents more comfortable.

Of course, it isn’t just a small town. The primary purpose is to train pilots.

Vance is the U.S. Air Force’s only Joint Specialized Undergraduate Pilot Training (JSUPT) wing, training over 400 Air Force, Navy, Marine Corps and allied student pilots each year. The wing flies over 55,000 sorties (81,000 flying hours) per year, and owns and operates a fleet of over 200 T-1, T-6, and T-38 aircraft.

With more than 200 airplanes, the facility needs an air tower, hangars, and maintenance buildings. And runways. The main runways are parallel to the rest of the base, running north and south. Every couple of minutes, a plane takes off or lands. Here is a satellite view of the whole base. 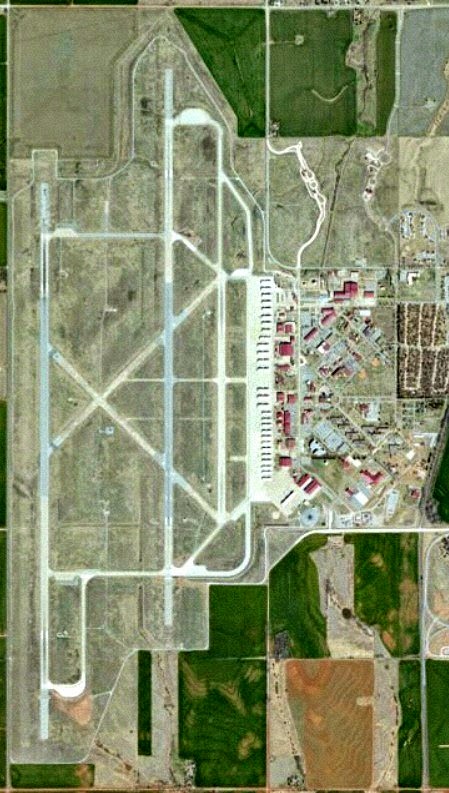 On Tuesday, all the planes were taking off into the south wind. We watched from behind a fence for a few minutes, and then left the base. On a red dirt road south of the runways, right under the jet runway path, we watched them zoom over, bank hard to the west, and fly back around.

A view from the west. The line of white roofs is the plane hangars. 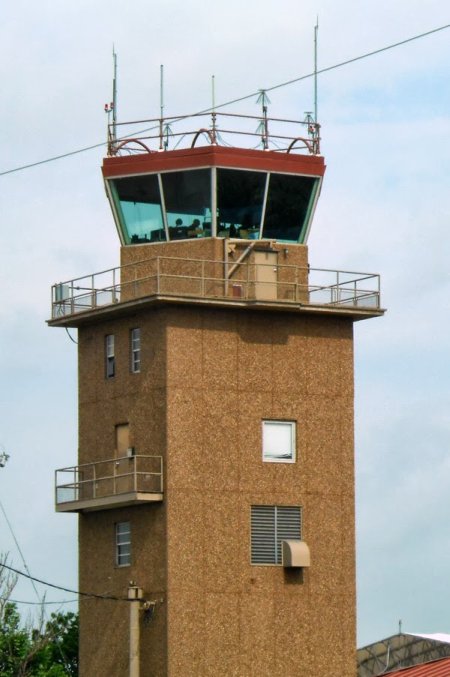 The air traffic control tower. This is the old one. A new, taller one in being built. 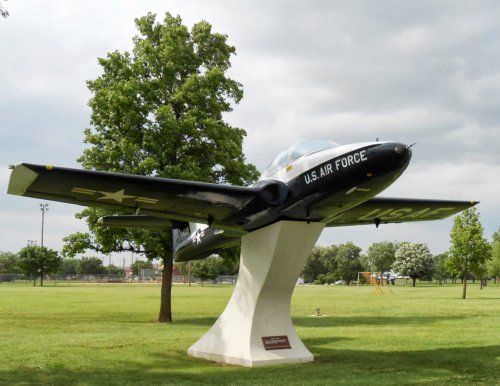 One of the many planes on display around the base. 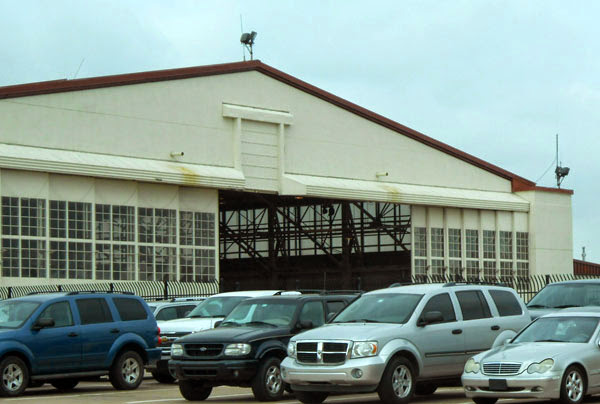 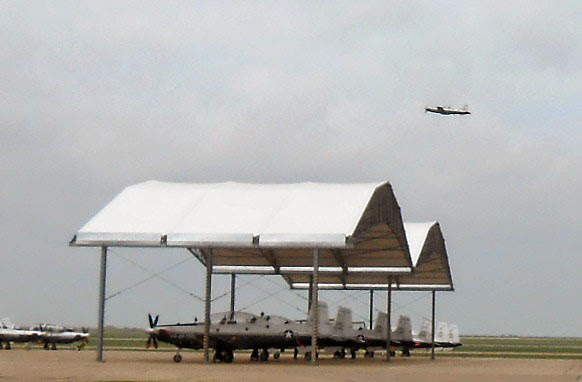 A T-6 taking off above hangars. 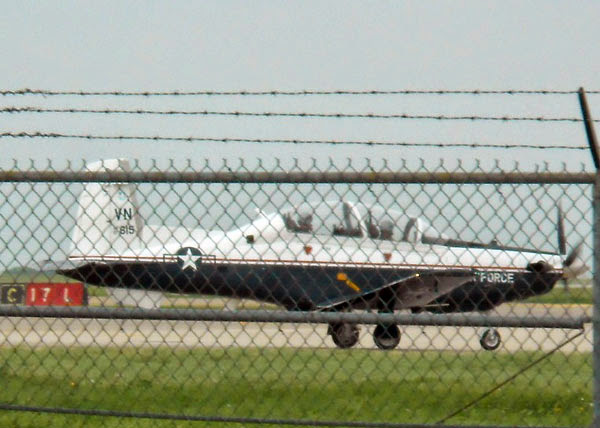 Getting ready to take off. 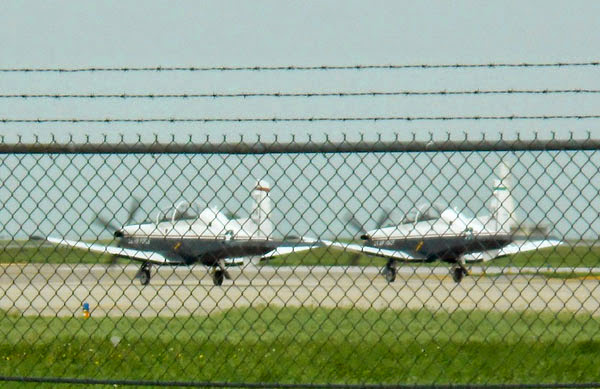 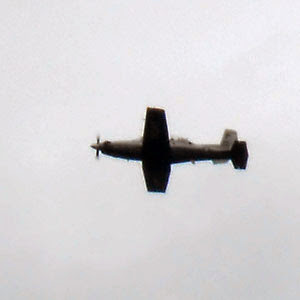 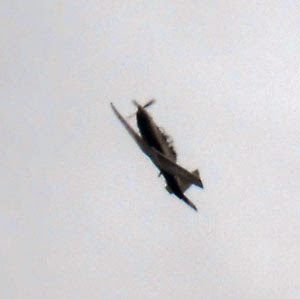 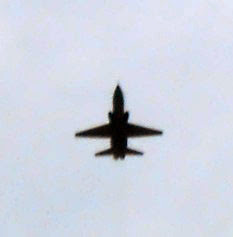 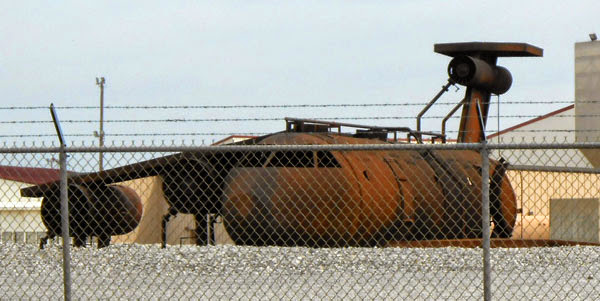 A plane used for fire training on the far south side of the base.

3 thoughts on “On moving to Vance Air Force Base”