My local quilt guild is fairly large, with about 150 paid members. Over time, smaller groups have naturally broken off to meet for friendship and learning and support. About five years ago, the guild began actively encouraging and helping to organize small groups. And about two years ago, I joined one.

My small group includes nine women, ranging in age from early 50s to early 70s. We meet once a month, at a different member’s home each time. Some small groups take their meetings very seriously, arranging lessons and work sessions, planning group projects and outings. Others, like mine, are primarily social groups. Some of us bring hand work to stitch while there, and some of us don’t. We just enjoy each other’s company.

Until recently, we haven’t done any group projects. In December we agreed to try something new to most members: a Round Robin.

A round robin is a form of group project. There are a number of ways to do it, but a typical way is to have someone create a center block for a medallion quilt. The block is passed to another member, who adds a border. That piece is passed again, with another border added. It continues until the rounds are completed or until the quilt top is “done.”

I’ve done round robins before. One of my first volunteer efforts with the guild was to add a border to a round robin. The project ultimately became an auction quilt for a local organization. In the photo below, I added the pieced squares on point and outside border. I wish I had a photo of the finished work, as it was spectacular. 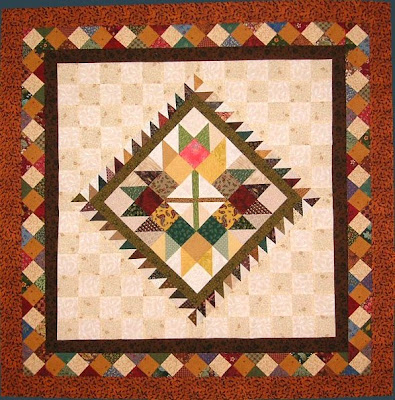 About three years ago I joined a group of four other guild members to do round robins. We each started a quilt and passed the work until four borders were added. One member of the group had to drop out, but four us have beautiful wall-hangings because of the project. Here is mine. The center Ohio star was my original block. 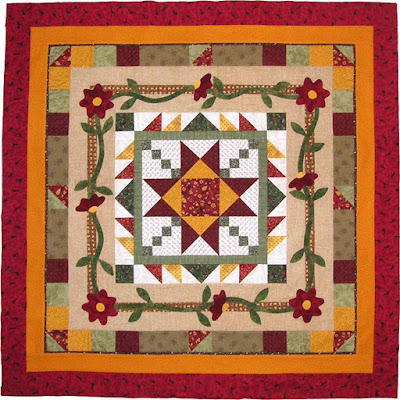 And last year, my sister and I decided to do a “round” robin. It wasn’t very round because it was just two of us. But we had a great time working together.

For my small group, we agreed we would each do a center block. To keep the size of the finished top manageable, we decided to add only four borders to each center. In this way, each finished top will have five people working on it — the owner, who began it with a center, and the four people who add borders. The top will be returned to the owner to finish as she wishes. We agreed to always pass to the same person, so I will always pass to Janet, and always take from Robin. This way, each quilt will have a different set of five working on it.

On Monday my group will meet, and we’ll share our work with the second borders added. We’ll pass the pieces on to the next person, and start wondering how to make the next border work!

This is the center block of the top I worked on and will pass Monday: 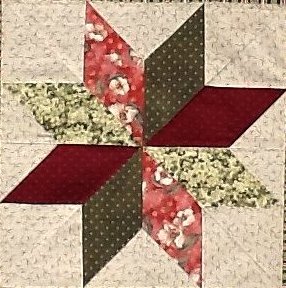 And with one border: 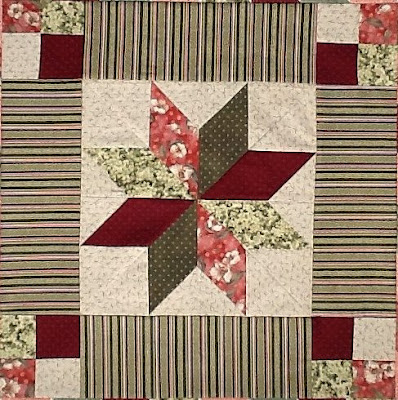 And with the border I added: 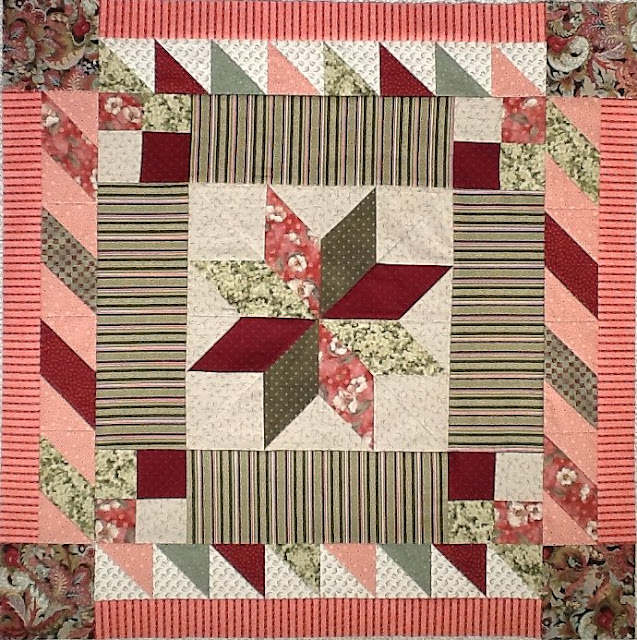 In other posts I’ll share the very loose “rules” we are using, photos of some of our small group’s work, and some pix of other round robins I’ve been in.

7 thoughts on “Round robin with my small group”